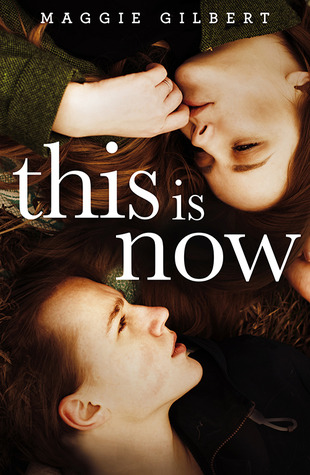 This is Now is a beautiful New Adult story written by Maggie Gilbert. A great story that dragged me into the main characters world.

I wasn’t quite twenty years old and it was starting to seem hopeless; I was afraid I was going to be sucked permanent into the same shitty life as my mother and brothers.

Jess is the daughter of an alcohol abusing mother and sister to car thiefs. All along she has known this is not what she want’s as her future. But she has a drug dealing ex and the reputation of a party girl and that isn’t making it easier. She’s always been told it isn’t possible for her to build a career, to make a new life for herself. Because of that, she has given up her dream of being the next Darry Ackles (architect). One night when Jess thought she was going clubbing with her friend, she finds herself at a concert her friends little brother is performing at. Totally underdressed in a mini skirt between men in tuxedos and woman in gala dresses, she finds herself  totally out of place.

He rattled me, for some reason, this tall musical genius with the stare I could not look away from. It was as though he was throwing down some kind of challenge, and I had no idea yet what it was.

But she is intrigued. Her friends little brother turns out to be a gifted cellist, and a handsome one too. He is really interested in her as a person, something Jess hasn’t experienced with men before. She is unsure of what to do. Can she trust him enough to take a leap of faith and start a better life for herself? Or will she stay right where she is, in the world she knows? And when some secrets from her past surface, will she be strong enough to hold on to her newfound hope?

This is Now is a great story that really dragged me into the characters world. I liked the writing style and the humour in the story. But at some point Jess’ lack of faith annoyed me a little bit. She finds this awesome guy who is really nice to her and she is still not trusting him and looking for problems that are not there. It is an emotional story this one. I think that if you enjoyed Jolene Perry’s The Summer I Found You, you should give this book a try.