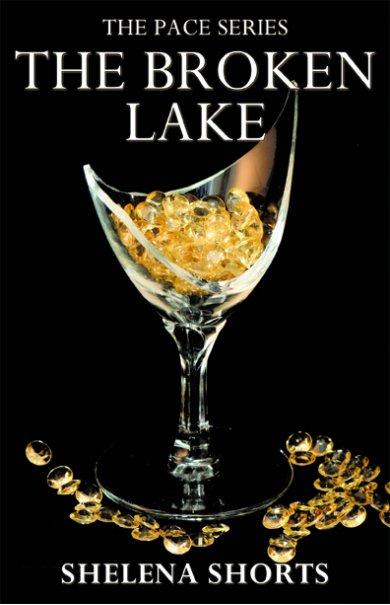 My second post already! As promised, this one is about the second book in the amazing The Pace series by the awesome writer Shelena Shorts! The book is titled The Broken Lake and is as much a must-read as The Pace (I think that may have something to do with the cliffhanger at the end of the first book :wink:).

Where did The Pace end you wonder? I’d rather not say too much about that because like I said in post 1, I want you to read the book and telling you what happens doesn’t really help me accomplish that! But I can say that it ended well. In the second book Sophie and Wes are trying to figure out why Wes is, well,  the way he is. And why Sophie reincarnates. And with that Sophie discovers something alarming: Sophie has never lived past the age of nineteen in her former lives (when she was known as Amelia and Lenny). Wes is worrying because he thinks Sophie will die at that age in this life as well. But Sophie convinces him that they shouldn’t ‘fall into the trap of history’ and make a new start for Sophie ans Wes. They try to make their story differ from their former lives one’s.

But their lives just go on like before. There are some problems though. But I can’t tell you all of them because that would give away the ending of the first book. Let’s just say the police thinks Wes did something to Andy. And an employee from the bookstore (Ms. Mary) was murdered. And a totally awkward guy named Chase is working in the store to replace Ms. Mary. This Chase guy really is weird. He bothers Sophie while she is working, and when Sophie asks Dawn (her friend and co-worker at Healey’s, but also the daughter of Mr. Healey) wether or not Chase is bothering her as well Dawn tells her he is just joking. Danny (also a co-worker at Healey’s, Sophie’s friend and Mr. Healey’s son) is a friend of Chase and also thinks he is joking. Sophie just thinks Chase is very annoying and tells Wes about it, but he also tells her not to worry.

A few days later Wes has to go out of town for a day because he is going to a medical conference about the use of alligator blood in creams. At first he doesn’t want to go but Sophie urges him because Wes’ lab is studying this kind of things. When Wes is gone, Dawn asks Sophie to come to a boxing match, in wich Case will participate, with her. Danny, Jackson (Dawns boyfriend) are coming as well. So Sophie and her friends go to the match, and after just a few seconds there they realise it is a fight in a fightclub rather than a boxing match. And while watching, Sophie begins to believe she was right all along about Chase. When he is fighting, it is like he has taken drugs or something: he just kept pounding on the head of his opponent. It got that bad that a few other guys had to drag Chase away from him. After seeing that Sophie and her friends leave: they had seen enough. But that is not the end of Chase’s annoying behaviour, it only gets worse. When Sophie confronts him with his behaviour while fighting, he tells her everybody has secrets, and she has them as well. With this, Sophie is afraid Chase knows about Wes. And this fear only gets worse when Chase punches Wes when Sophie and Wes are trying to leave a party. Wes has to defend himself, and by this finds out Chase is stronger than a normal human and really has to be on something. The worrying continues… But it is well written and is never boring, it is so exciting.

But there are also the fun parts in Wes and Sophie’s life: they’re going to Wintergreen (Virginia) to visit Sophie’s friend Kerry. And the nice part about it is that they are going to Kerry’s parents ski chalet in the mountains. And Kerry is bringing het boyfriend Rich, and Dawn and Jackson are coming as well. But before all of that is settled Sophie worries some more about Wes: he can’t regulate his body temperature so he will freeze in the snow. Luckily Wes settles her nerves and doesn’t have to spend a holiday with a grumpy Sophie :wink:.

Not long after they get to the chalet they hear there has been een winter storm warning in the mountains. But it all goes well with Wes and the cold so no major problems there. And then it happens: Wes proposes to Sophie! Of course she says Yes (she would be crazy if she said no! Wes is awesome! I’d love to have him a my boyfriend!). And I have to mention that the engagement ring sounds so beautiful! It is a princess cut yellow diamond with small brown axinite crystals that encircle the entire ring. (I tried to find a picture of a ring like that, but I couldn’t find it).  Little time later Danny calls to tell Sophie that he heard Chase talking to some men in suits who asked him where Sophie and Wes were. Freaky! And Chase told those guys where they were! And, then the gas supply stops: they’re out of gas, meaning the heaters in the chalet do not work anymore. And no warm water.

Than Sophie gets a strange phone call… From men that want Wes to come with them if they want the gas supply back on. Wes decides to go to protect the others in the chalet, and tells the others that there is an emergency at his lab so he won’t worry them. But Sophie is worrying like crazy. But I think that is pretty normal when the one you love has been forced to leave, and you do not know where he is going. Wes tells her to call the police if she has not heard from him in 48 hours. As you can imagine: those hours go by very slowly for Sophie..

When Sophie and her friends get home safely, there is another unsettling message: Chase is in the hospital. Sophie pays him a visit, and he is in really bad shape. But he manages to write No accident and Tim on a piece of paper. Sophie tells this to the nurse and want’s to go home, but in the hospital’s lobby she is stopped by an older man. This man is Dr. Lyon and works in Wes’ labs. He tells her he needs her help to find Wes, and they won’t rest untill they have found him.

And that is how The broken Lake ends… You want to know what happens? You’ll have to read The Iron Quill. Fortunately, that one has already been published now and you won’t have to wait a whole year for it like I did! Here is the trailer!

One thought on “The Pace series #2 The broken Lake”