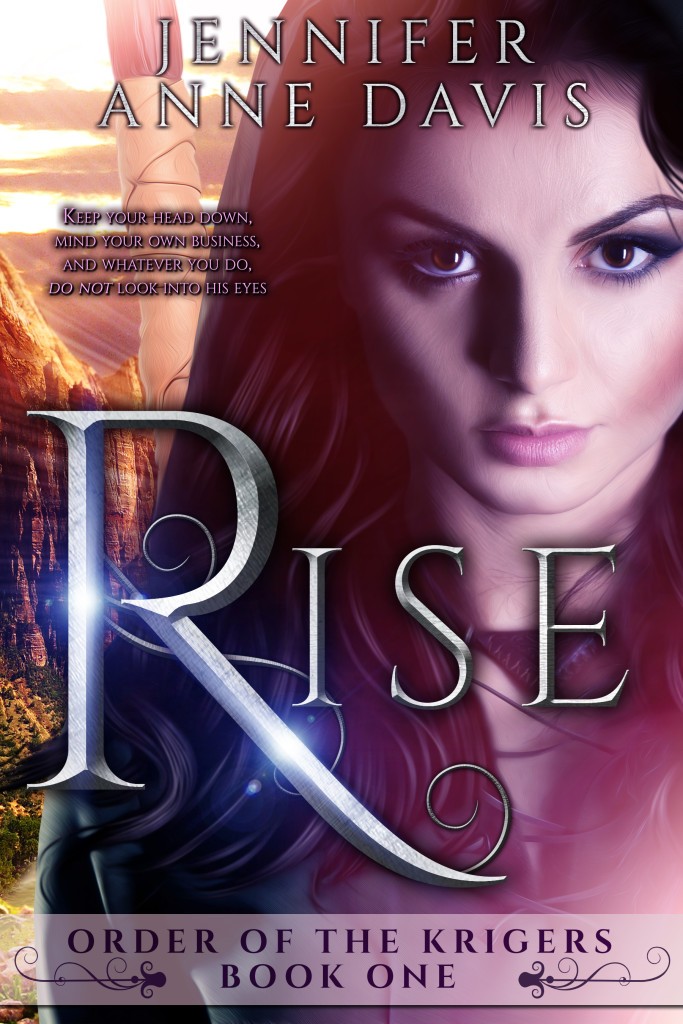 ​​Rise is the first book in Order of the Krigers series by Jennifer Anne Davis. This is a new young adult fantasy series. I was very curious about this book; the synopsis made me want to read more. And this book sure did not disappoint. ​It was very easy to get sucked into this new world Jennifer Anne Davis created.

She is not the end, but the beginning. Of that I am certain.

The people of Nelebek live in fear of persecution from the evil Morlet, who reigns with a dark and destructive magic. The kingdom’s only hope lies with the Order of the Krigers—twelve warriors with mysterious powers linked to magical weapons.
For over a century, Morlet has been annihilating the Order, picking them off one by one. Eleven Krigers have been hunted down, tortured, and imprisoned in his dungeon. Now, only one remains.
Sixteen-year-old Kaia survives by keeping her head down and minding her own business. But when she finds herself in the middle of a public execution where the mysterious Morlet is in attendance, an odd compulsion she can’t resist comes over her.
Kaia looks into Morlet’s eyes.
Soon, an ancient power awakens and Kaia can no more blend into the scenery. Will she heed the call of the Krigers or will Morlet’s dark magic destroy the last of the Order?       – goodreads.com
I really liked the build up of this story. I slowly learned more about the legend of the Krigers. Soon after that the suspense builds. I have to say I was a bit confused with the main character Kaia sometimes. She’s stubborn but sometimes she was like ‘ok, let’s just do that’. At certain moments in the story where I would question what the plan was, she just went along with it, no questions asked. But that might just have been me. I loved the character of Anders. He’s dark and mysterious and not always very friendly. But as the story continued I learned more about his past and I started to understand him more. And Morlet, he was so confusing! I still don’t really know how I feel about him.

He was a walking contradiction. I didn’t understand how he could be so evil, yet show kindness at the same time. He didn’t want to hurt me, yet he did anyway.

This book is never boring, there is always something happening. If it isn’t action or mystery, it’s a slowly building romance. I really like how Jennifer Anne Davis always manages to bring a story to life. It was so easy to picture this story in my mind. It is almost like watching a movie. And the ending, what can I say? Jennifer Anne Davis sure loves her cliffhangers. And it only has me waiting for more. I can’t wait for book two!