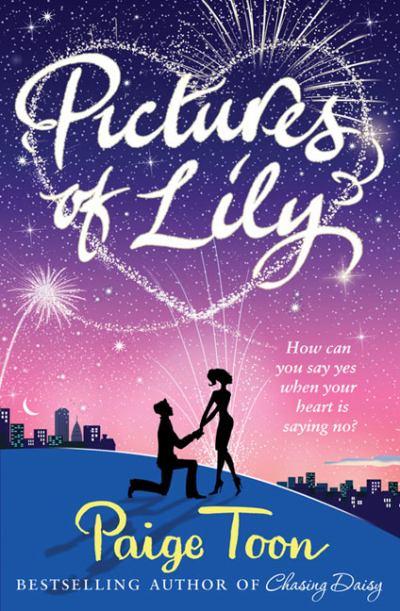 Pictures of Lily is a story by the same author as One Perfect Summer – Paige Toon. I certainly liked this story as well.

When Lily was a sixteen-year-old girl she and her mum left England to move to Australia. Her mum met a man online and she want’s to meet him in person. He lives in Australia, so that is why Lily and her mum go there. Lily doesn’t like the idea of moving one bit, but since she is just sixteen she has to come with.  But as time goes by Michael (the man her mother met online) seems to be a nice man, and his son Josh doesn’t seem to be so bad either. Lily likes Michael even better when she finds out he works in a conservation park and she can come with him anytime she wants. From the first moment Lily visits the park she loves the place and all the wildlife. She meets the people who work there and that is also how she meets Ben. Ben is a twenty-eight year old employee at the park that takes care of the animals. And as Lily is offered a summer job in the park, she gets to know Ben and they become friends. But Lily feels something for him that is more than just friendship. But she knows nothing can happen between them: he is a lot older than she is and he is engaged to someone in England. At he end of the summer Ben goes to England to marry this other woman, end Lily is left being heartbroken. Even though nothing ever happened between them she loves him.

Ten years later Lily still lives in Australia and is engaged to another man named Richard. All goes well until one day she meets Ben again and finds out he is divorced. And more important, that he has always loved her. What does she do? Read it!

A great summer read, but for me there wasn’t enough underneath the surface to give it a two thumbs up. I think One Perfect Summer is the best book so far by this author. But I think it depends on what you like to read. But this one is worth reading as well!  And again, I think YA would like this story too 🙂

June 26, 2012
Fiction Other Other Romance Romance YA Fiction 3 comments Rebecca
← The Hour of Dreams Cover! The Hunger Games #2 →

3 thoughts on “Pictures of Lily”