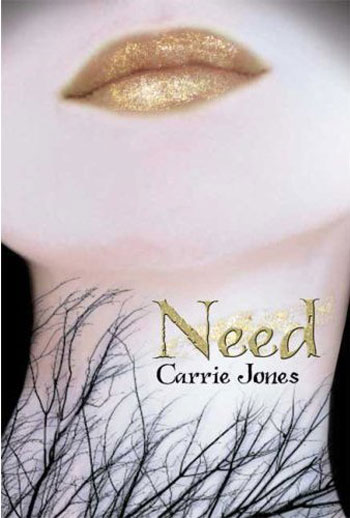 I bought this book at the bookfestival in Rotterdam a few weeks ago. I started reading it, hoping it would be as good as I expected. But about fifty pages further I noticed my opinion changed… And not in the positive way… I was bored. And if there is one thing you don’t want while you’re reading a book, it is getting bored. It was long-winded, and boring. I’m sorry, but I can’t help it. When I read the main character Zara met some people at school that could run miles without sweating and were faster than all the other runners, I could already predict they were not human. And when there were strange noises coming from the woods, I knew there were Weres involved. It was so predictable, but I read the whole book. At some point, the story became a bit better. I believe  that was 150 pages further… When there was a little action and a little bit of the ‘page-turner’ feeling.

But there are some really positive sides to the story: the story isn’t bad, but I think the way it is written is not my cup of tea. It didn’t grab me, as so many other books do. But I think there are a lot of people who really do like this book, because there so many different people who have different taste in books than I have! So I’m sure maybe you’ll say it is a great book, and I do believe you. It just wasn’t for me.

What is the story about, you’ll wonder. It’s about a girl named Zara (I knew her name after, for my liking, too many pages. Actually, after a few pages I read back: I thought I had missed the line where her name was mentioned :D) who had been sent to her grandma in Bedford because she has been a wreck since her father died. And she is obsessed with phobias. That is a fun thing in the book: many phobias are mentioned in the book, and through that you learn a lot of them you’ve never heard of! Also every chapter is named after a phobia. At her new school she meets some people she becomes friends with and soon finds out something is going on in Bedford that involves Pixies and Weres.  Zara starts hanging out with Nick, a very cute boy. So there is also romance in the story! Another +.

Let’s just say the elements for a good story are there, but it is nog there in the way it is in a good story. I hope you know what I mean 🙂 You have to like the writing style of this author and if you don’t, like I do, this is not gonna be your favourite. But if you do, you found a diamond! You’ll have to read the book to find that out!

Undecided wether it is Thumb up or down.

Right now I’m reading Vampire Empire and I will tell you about it as soon as I finished it! Thanks for reading!