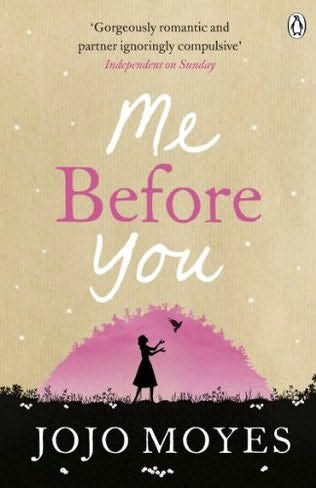 Hi there! Sorry to keep you waiting! My trip to Vienna was awesome by the way :). We had lots of fun.

Today, a book I picked up after reading One Perfect Summer. It is Me before You by Jojo Moyes. It is one of the most touching stories I’ve read since Before I die by Jenny Downham. And I think that says something about what a great story it was.

The story is about Lou Clark and she is the one that brings te money into her family. But then, she looses her job. After a long search, she finds a new job. She has to take care of a man who has been in a motorcycle accident: Will Traynor. He is paralyzed and is only able to move his head and one arm a little. The first month is though: Will makes clear he doesn’t want Lou there, but soon enough that changes. At one point Lou overhears Wills mother and sister talking about the fact that Will want’s to end his life and he has tried to do that before. Now Lou realizes why she is really there: to keep an eye on Will to prevent him trying to kill himself again. As the weeks pass, Will and Lou become friends. And at the end even more. Lou is determined to show Will his life is worth living,  but will she convince him? You’d have to read the book to find out. 😛

Here is the summary from the back of the book:

Lou Clark knows lots of things. She knows how many footsteps there are between the bus stop and home. She knows she likes working in The Buttered Bun tea shop and she knows she might not love her boyfriend Patrick. What Lou doesn’t know is she’s about to lose her job or that knowing what’s coming is what keeps her sane. Will Traynor knows his motorcycle accident took away his desire to live. He knows everything feels very small and rather joyless now and he knows exactly how he’s going to put a stop to that. What Will doesn’t know is that Lou is about to burst into his world in a riot of colour. And neither of them knows they’re going to change the other for all time.  – Amazon

I loved the story. It has everything it needs to keep you going: friendship, love, drama and so much more. I think of it as a mix between a Sarah Dessen and a Jenny Dawnham novel. So, if you like those authors: give this book a shot!

p.s. Sorry this post is a bit short, but I’ve to continue studying for the test I’ve tomorrow.

June 4, 2012
Fiction Must Reads! Romance 3 comments Rebecca
← New books Me Before You on GotToReadThoseBooks →

3 thoughts on “Me before You”