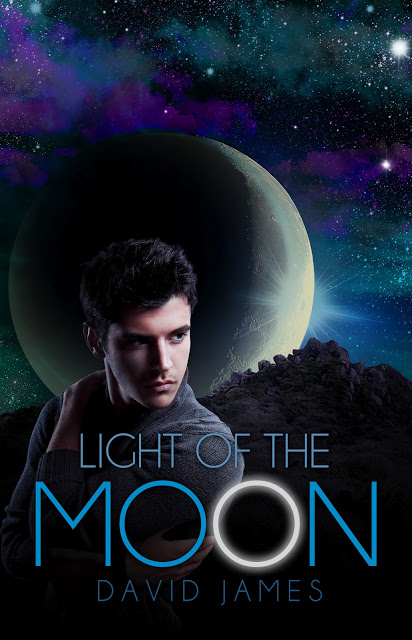 Light of the Moon is a David James novel that no YA fantasy lover should miss. It has it all: mystery, family, action, friendship, suspense and a bit of romance. It is the first book in The Legend of the Dreamer series.

The story is about the young Calum Wade, a boy who is struggling with his identity and his emotions. He hasn’t had the easiest life. Sometimes strange things happen when he is arround, most of the time when he is angry or upset. Once, the car caught fire, a real cause missing. But Calum knows it had something to do with him. What Calum doesn’t know is that he is the son of an angel and the devil, and that makes him the Dreamer: the one who will save them all, destroying all the evil. Calum is having these awful nightmares, so vivid they seem to be real, and later on, the discovers that he was seeing the future, or the past. He has lived lives prior to this one… And that’s not all. People are missing from his town, and there are no clues to where they have gone. And it is getting worse: people are getting murdered.

And then there’s Kate, a girl on a mission. She’s s warrior and is pledged to kill the Dreamer when she finds him. But when she meets Calum, she is unable to kill him because he doesn’t know who he really is… The Dreamer. Together they try to find out what is going on arround them. But along the way, they find out what their cause is. They are the Evil and Angel. The one’s who can either save, or destroy the world.

This is the summary from the back of the book:

One night long ago, a constellation disappeared and fell from the sky in the form of a boy.

Secrets are being kept in the sleepy town of Lakewood Hollow, Colorado. Nothing but pools of blood and dripping words are left where bodies once were, and no one but Calum Wade seems to be worried. Life unfolds in shades of red for Calum, until a mysterious girl named Kate Black enrolls at his school and everything changes. Suddenly a dangerous world of dream demons, elemental enchanters, and blood witches unfurls before Calum. He learns that the stars have forever held his destiny, and that the constellations above are much more than what they seem. As Kate and Calum sink deep into a paranormal war, they realize that an ancient prophecy might hold the answers they seek. But life is not so easy for Calum, and he can feel his heart beat faster whenever Kate is close. Worse, Kate’s blood holds a dark secret even more dangerous than the war between the demons and enchanters. Soon the two find that there are worse things than loving someone you shouldn’t. For Calum and Kate, even love and the fiery power of stars may not be enough to break a curse as dark as the blood that binds their destiny. – Goodreads.com

The story has, as I said, it all. The only thing I thought was a bit weird is that the Calum and Kate are so young. When they’d be a few years older I’d loved the story even more. In memories from Kate, she seems to be the bright-and-talking-like-she-is-five-years-older-than-she-is girl, instead of the young High school girl she is supposed to be. That is why I give this story 4.5 out of 5 stars. And it has to be on the must-read list!

Thanks again David James for sending me a review copy of your awesome book! (and, fellow bloggers: be aware you can ask David for a copy too, in return for an honest review!)

January 30, 2013
Fantasy/Paranormal Must Reads! Other Paranormal Romance No comments Rebecca
← Under a painted sky blog tour stop The Propheticus #1 by Emma Daley →