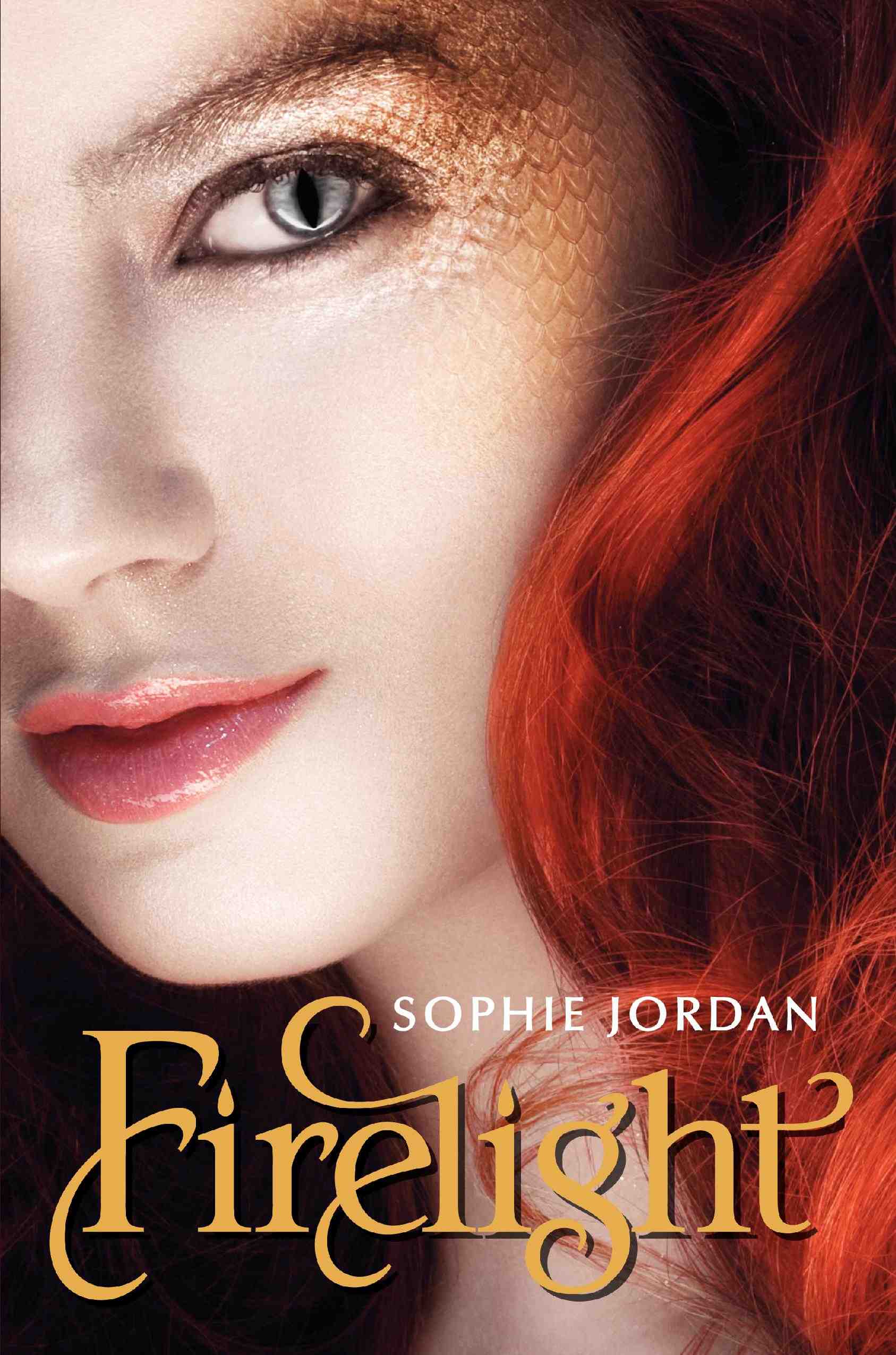 Between reading the Becca Fitzpatrick books for the billionth time, I was asked to read Firelight by Sophie Jordan for the chicklit.nl (a dutch website about chickliterature) book club version of the month April. So I got the book a few days ago and finished it the day after. I had high expectations of this book, mostly due to having heard you had to read it even if you didn’t want to read fantasy anymore. (not that I don’t like fantasy books, but having heard that I supposed it had to be an amazing book)

The story is about a girl named Jacintha who is a Draki. A Draki is a creature that descends from dragons. There are different kinds of Draki’s who have different talents. And Jacintha has a special talent, one that is very rare. She is a Fire Draki. This means she can spit fire and sometimes (for example when she is very angry) there is steam coming from her nose. Because she is such a rare Darki, the rulers of her tribe want to keep her so she can give birth to more Fire Draki’s. That is why she is supposed to be with Cassian, the  Prince of the tribe. But Jacintha doesn’t want this and her mother doesn’t either. They manage to escape but Jacintha isn’t happy: her mother want’s to kill Jacintha’s Draki the way she did. (this is done by not feeding it. Draki’s drain energy from the earth or gems.) So they go to a very hot and dry place. Jacintha starts a new life and goes to a new school. There she sees Will. And the recognizes him in an instant: he is the hunter that gave her mercy.

Let me explain the hunter stuff. Draki’s are hunted by people because their bones are supposed to have magical effects on humans, like cure them from diseases and stuff. And Draki skin is used to make furniture. And that is not the only thing. Because Draki can find gems very easy (they can sense their energy) they have great fortunes. So Draki are also hunted for their treasures. When Jacintha was still living with her tribe, she was hunted by a group of hunters, and when one of them found her, he didn’t tell the others and let her go. And that hunter was Will.

So Jacintha sees Will at school and soon she realizes her Draki is alive when he is arround. Why? What happens then? I can tell you a lot of stuff happens on the 312 pages of the story.

Here is a summary of the book from the Sophie Jordan website:

“Marked as special at an early age, Jacinda knows her every move is watched. But she longs for freedom to make her own choices. When she breaks the most sacred tenet of her kind, she nearly pays with her life, only to be spared by a beautiful stranger sent to hunt those like her. For Jacinda is a draki–a descendant of dragons whose ability to shift into human form is her best defense.

Forced to flee into the mortal world, Jacinda struggles to adapt. The one bright light is Will. Gorgeous, elusive Will who stirs her inner draki to life. Although she is irrestibly drawn to him, Jacinda knows Will’s dark secret: He and his family are hunters. She should avoid him at all costs. But her inner draki is slowly slipping away – if it dies she will be left a human forever. She’ll do anything to prevent that. Even if it means getting closer to her most dangerous enemy

And here is the booktrailer: http://youtu.be/Lv-n7JnHOXY

I liked the story, but it was not my favourite. I have to say, the Draki stuff was original but I missed a lot of descriptions in the book. For example, the way a Draki looks is described in a few words. And with that description I still had to use a lot of imagination to picture a Draki. Personally I like it better when the description is… more. I think that is the word. I  mean that while you’re reading you start picturing it in your mind. You see it unfold. But in this story I only got half of the information I needed to do that: I had to make the rest up myself. But it was a good story, like I said the Draki stuff is way different from the Angel, Were and Vampire stuff. I think I’m going to read the other books in this serie as well, even though it may be just to read what happens to Jacintha and Will…

One thought on “Firelight”