Check out the cover of Cambria Hebert’s new book in the Take it Off series: Text. 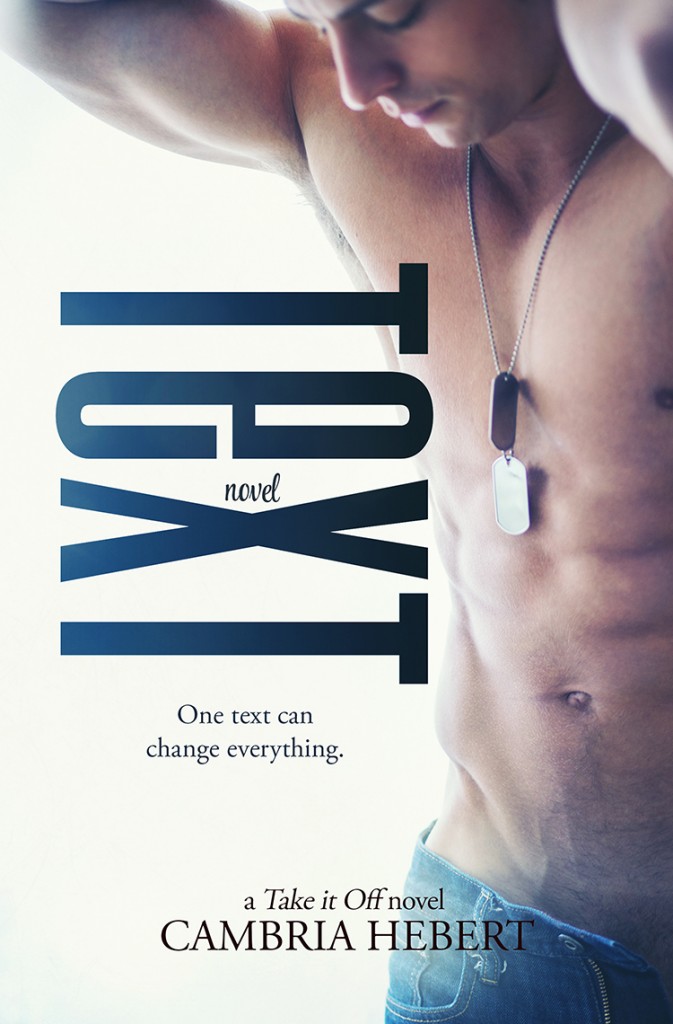 Title: TEXT
Author: Cambria Hebert
Cover Designer: Mae I Design
Release Date: November 8, 2013
Series: Take It Off series – Note: the Take It Off series is a series of stand alones. Each book is its own story.
Genre: New adult contemporary – due to graphic language and sexual content this book is recommended for readers 18+.

***This is a new adult contemporary novel and contains sexual content and graphic language. It is not intended for young adult readers.***One text can change everything.

Honor Calhoun never thought her life would ever be like the books she writes for a living. One morning while out for a run, she learns not all bad things are plots in novels. Some horrors can actually come true.

She faces off with a persistent attacker, holds her own, but in the end is taken hostage and thrown into a hole. In the middle of the woods.

But Honor didn’t go down there alone.

She took her kidnapper’s phone with her. With a spotty signal and a dying battery, her hope is slim.

Nathan Reed is an active duty Marine stationed at a small reserve base in Pennsylvania. All he wants is a calm and uneventful duty station where he can forget the memories of his time in a war-torn country.

But a single text changes everything.

Nathan becomes Honor’s only hope for survival, and he has to go against the clock, push aside his past, and take on a mission for a girl he’s never met.

Both of them want freedom… but they have to survive long enough to obtain it.

One thought on “Cover Reveal: Text”