Tempt is the 3rd (stand alone) book in the New Adult Take it Off series by Cambria Hebert. It is set to be released on October 14th.

Here is its cover: 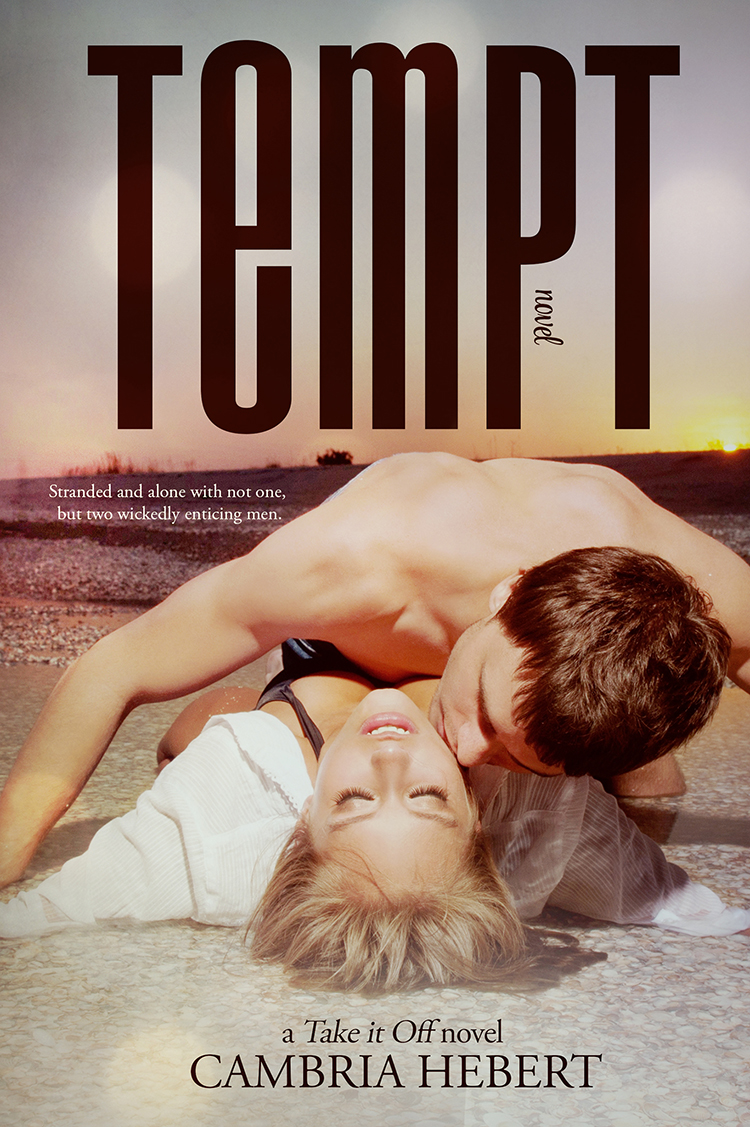 Stranded and alone with not one, but two wickedly enticing men.

Ava arrives at the airport, expecting to board a commercial flight to Puerto Rico. But a plane ticket isn’t waiting for her. Instead, she finds a guy with dark curly hair wearing seriously ratty jeans and holding a sign with her name on it.

He may not look like a pilot, but he is. And he’s her ride.

So now it’s just Nash and her on a tiny tin can of a plane flying over the Atlantic. When a thunderstorm comes out of nowhere, it proves to be too much for the little aircraft.

Ava and Nash plunge from the sky and end up on an uncharted deserted island.

As if that isn’t bad enough, Ava starts to desire more than just rescue—hunger for more than food. Nash is only too happy to oblige… but it seems they might not be as alone as they thought.

And Nash might have some competition in claiming Ava’s body… and her heart.