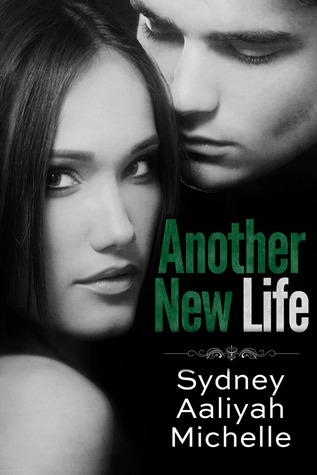 Another New Life is a new adult romance story by Sydney Aaliyah Michelle. It is a nice story, but I wasn’t completely hooked all the way through it.

I had released the truth to the universe, and now that it was out there, I would have to deal with the consequences.

Miranda Preston is a college student. She is studying piano at the university. On the outside she is just a normal girl. But on the inside, she is a whole other person. She has been through a lot in her life, and those events have scarred her for life.

Then she sees this really good-looking guy on campus. He turns out to be her best childhood friend, the boy next door, Troy. She hasn’t seen him in eight years. They sure are attracted to one another, but at first Miranda isn’t sure what to do. She can’t lose her best friend. Not when the bad memories from her childhood are coming back to her. She thought she’d dealt with them, but that’s not the case. And those memories are making her relationship with Troy harder than it should be. And when he discovers her secret, all hell breaks loose.

Hell, I thought I was doing pretty well. I wanted to continue to be strong, but my heart betrayed me.

Another new life is a nice story. It grabbed me from page one, although I wasn’t as intrigued a couple of chapters into the story. But after that, it grabbed me again and didn’t let go. The writing could have been a bit neater, more accurate at some points. But that might have to do with me reading an ARC. At first I didn’t really like Miranda.She goes from not kissing to making out with someone in the blink of an eye. But as I read more of the story I started to understand why she was acting the way she did. I could have used a bit more info on what happened to her sooner: I think that also is the reason I wasn’t hooked to the story the whole time. Apart from that, there were some nice plot twists and it turned out to be a great story.