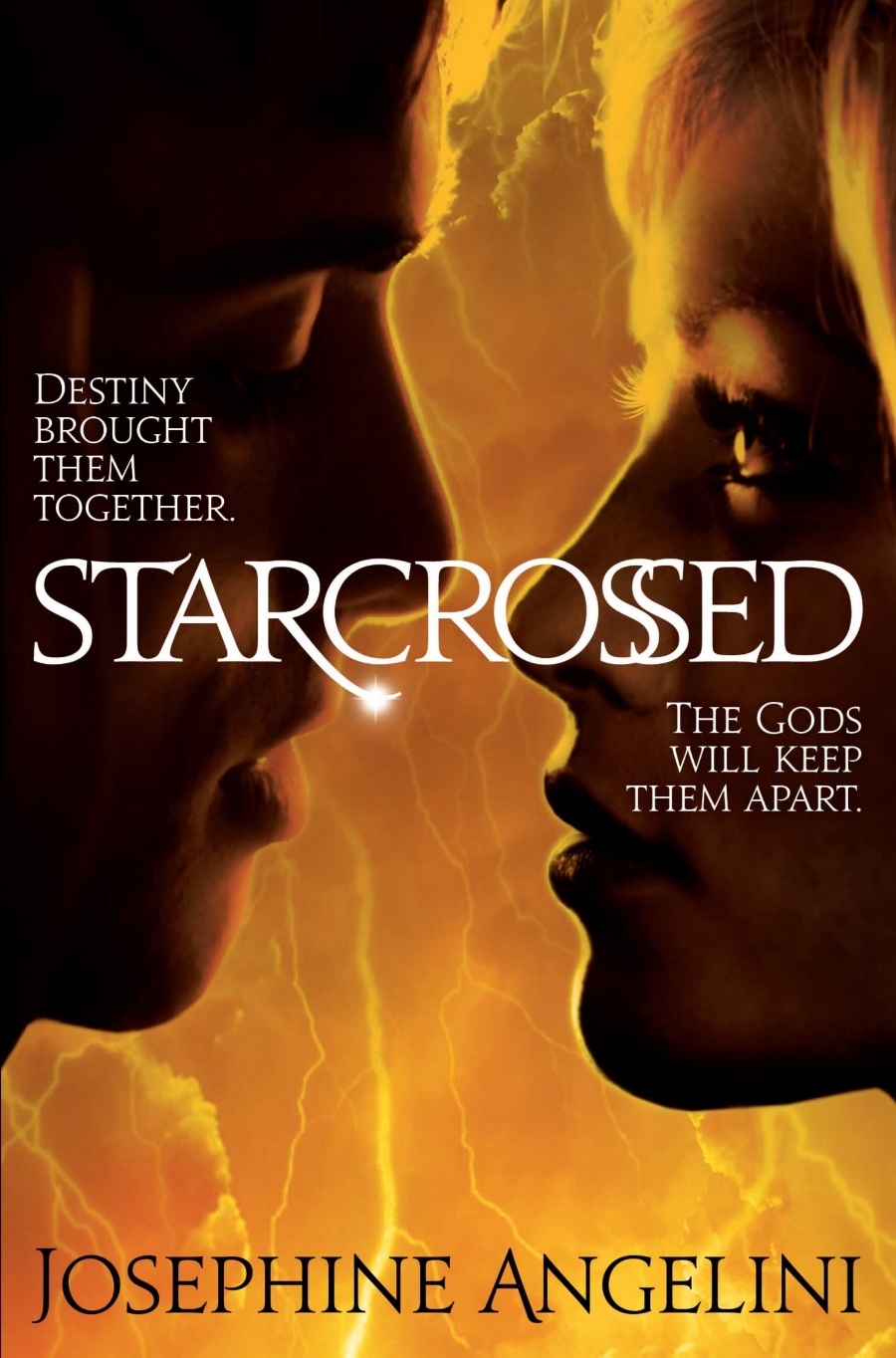 Starcrossed is the first book in the Strarcrossed series by Josephine Angelini. The story is about a sixteen-year-old girl named Helen Hamilton. She isn’t like any other normal girl. She runs very fast, has annoying cramps in het stomach when she get’s anxious and then there is the weird accident with the man on the ferry. (She smelled burned hair, and then the man was gone.) Helen suspects she isn’t normal, but doesn’t know what she really is either.

Than the Delos family moves to the island where Helen lives, and her live turns upside-down. At this point the story differs from so many others. Helen doesn’t fall in love with any of the boys from this family; she HATES them. Not just dislike, she really hates them. Every time she sees a member of the Delos family, Helen also sees three weeping woman who make her even more angry. She want’s to kill the Delos’ and the Delos’ want to kill her. Helen is scared by this, she doesn’t even know this family, so why would she want to kill them? One day at school Helen attacks one of the Delos boys but no one gets seriously injured. Helen is so panicked and confused by this whole thing she doesn’t know what to do anymore.

But one day Lucas Delos, the most gorgeous of the whole Delos family of course, saves Helen’s life. With that, the hate and the weeping woman disappear. No one really knows what has happened to make things change like that, but now Helen and Lucas are able to love each other. Or not?
Here is the summary that is on the book:

” When shy, awkward Helen Hamilton sees Lucas Delos for the first time she thinks two things: the first, that he is the most ridiculously beautiful boy she has seen in her life; the second, that she wants to kill him with her bare hands. With an ancient curse making them loathe one another, Lucas and Helen have to keep their distance. But sometimes love is stronger than hate, and not even the gods themselves can prevent what will happen … ”

This was a short description of the story, but I don’t want to give too much away already :LOL: Let’s say there is ancient Greek mythology involved in this story. And there were some words I did not understand, but maybe that is because English is not my first language. I think that is why I did not completely get the story. There isn’t much joy in reading a story if you have to grab a dictionary to translate where Helen hit someone when she planted her elbow in someone’s solar plexus (wich means stomach 🙂 ). But I had fun reading the story!  That is why I give it a thumb up 🙂